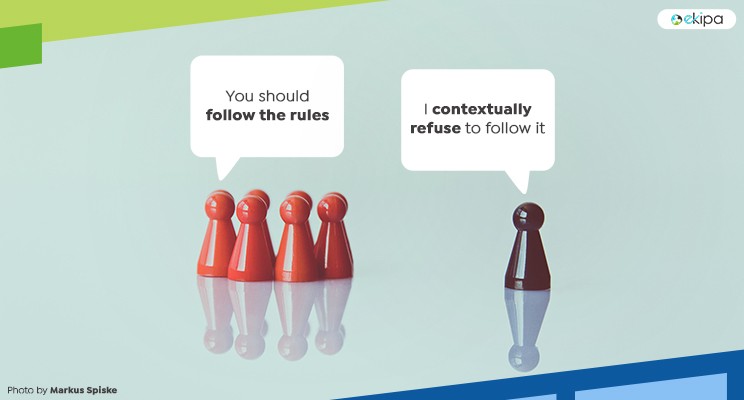 During 2020 I’ve been involved in quite a few large transformations. Organizations trying to ‘modernize’, by adopting the agile way of working and focusing on digital solutions to service customers (and collaborate). In most transformations, we focus on structure (agile teams, less hierarchy, self organization). Performance and planning systems are changed to common goals and OKRs (sometimes instead of KPI’s, sometimes in combination with kpi’s). We train people to think differently about their work and what’s expected from them.

Notwithstanding the positive effects this has on modernizing big enterprises, there’s one big elephant in the room: rules. In some of the transformations I’m involved in, leaders are deliberately trying to destroy rules and bureaucracy. Anything that works against agility, speed, freedom, is addressed. But unfortunately, in most organizations this is the topic nobody dares to touch. Why? Because nobody really understands why the rules are made OR because people assume that they’re commanded by government and thus can’t be ‘touched’. But if we want true transformation, we must address bureaucracy.

In the past century, people believed that running a large organization meant creating systems, layers of management and many rules. Every time something goes wrong, we add a new policy. Until the bureaucracy is watertight and people have no space to make any errors while producing predictable results. Today, we all talk about fast change. Technology, corona, travel, everything is on its head. Large bureaucracies are slow. Hence we start transformations that will result in a modern organization, which is better at adaptation, change, speed.

To illustrate the problem with rules, allow me to share my recent travel story. We’re into the corona crisis for over 9 months. Most airlines must be thinking how to survive, how to transport people while providing protection against the virus. I did my check-in online and chose my seat, assuming that the airline will give me a ‘safe’ seat. I walk into the airplane and seeing the people in the terminal, estimated that about 30 people will board the plane. Walking into the plane, I see 4 rows of people with 4 people in each row (one seat in between as they promised). Behind the 4 rows, there are 20 rows of empty seats. Then another 5-6 rows with people. I ask the ladies whether I can sit on an empty row. No sir, we have corona measures, cannot. I remind them that a key thing to stay safe is social distancing. Sitting in an empty row would provide more distance than sitting behind someone (0.5 meter) and next to someone (1 meter). Again, sorry sir, we are following the rules, I’m sorry.

Now most people think ‘this is the system Hugo, don’t complain’ (there may be research showing that putting people near to each other in an airplane is actually safer?!). Unfortunately I get itchy faced with bureaucracy that makes no sense. The reason the cabin crew didn’t allow me to sit in an empty row is twofold: 1. they are told to follow rules made by someone who’s not in the airplane; 2. they have been told not to contextualize or make decisions. But there’s an even more amazing thing happening here: the IT system has loads of potential to solve this. But nobody was thinking (or allowed) to change a few lines of code. If 25 people check-in to a flight, how hard would it be to ensure that first, each person is put in an empty row. When those seats are filled, put people in the other seats with 1 seat in between.

I again imagine the airlines cares about my well being (it said so on the lunchbox they gave me). Then why is it that after 9 months of dealing with this situation, the IT system hasn’t been adjusted AND cabin crews are not allowed to contextualize?

I am a firm believer of agile organizations. Remove unnecessary layers of management. Empower people to make decisions. Give them fewer rules and more context (examples, stories, decision making help) to do what’s right for the customer. If systems, rules and policies don’t serve the customer, kill creativity or work against your objectives, then we need to change them. That is, if we want to make our organization more adaptable to ‘now’. If we want to get the best from our people and innovate. If we want to avoid getting beaten by startups that don’t have the bureaucratic luggage.

The hard part in this equation is leadership. The people who need to attack the bureaucracy are the same people who will lose control and power by doing so.

As Gary Hamel puts it:

‘Is it easy doing battle with bureaucracy? Nope. You can’t empower the many without disempowering the few, and the few won’t like that. Indeed, that’s one of the reasons the bureaucratic model has been so sticky; it provides a powerful rationale for the organizational caste system. Like the rest of us, CEOs, VPs and department heads are jealous of their prerogatives. They would like to believe that it’s impossible to manage without a management hierarchy, but it’s not.

As I write this, I am sitting in an airplane of the same airlines low-cost arm. The IT system seems to have the same problem. But the cabin crew noticed I was sitting next to 2 other people (no seat in between) and moved me and few others to empty rows. 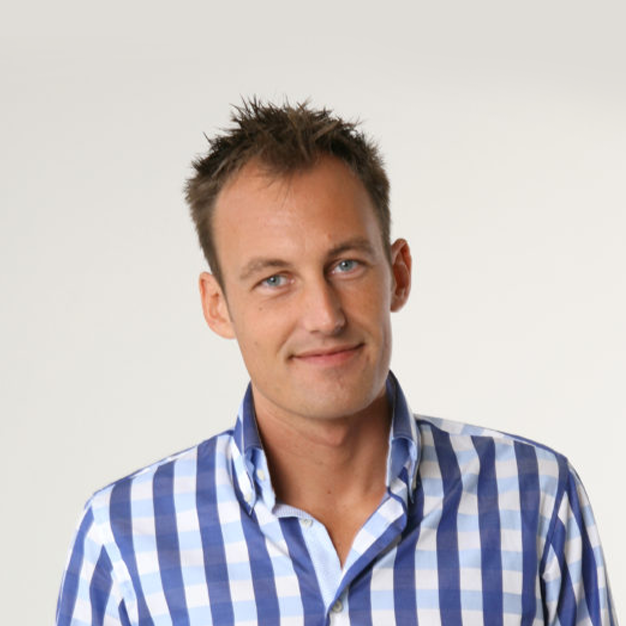 Thanks For taking the Survey

We’ve sent you the results by email. If you’re ready, download our free eBook